Join us for one of our upcoming master classes or workshops. 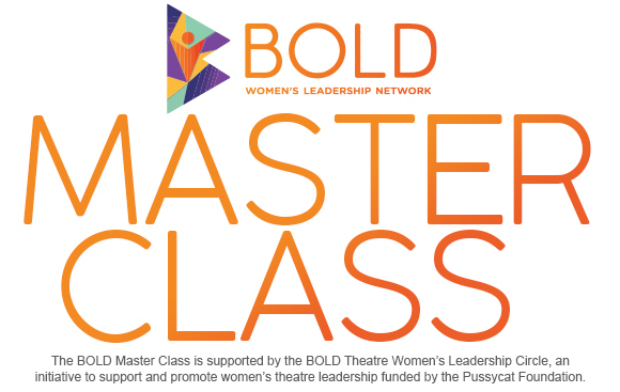 Join us for our BOLD Master Class! 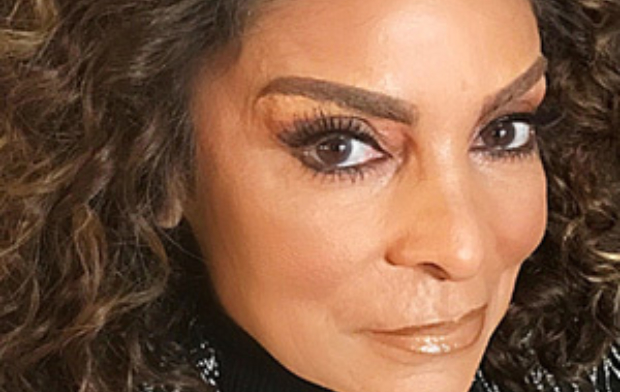 Jasmine Guy enjoys a diverse career in the arts. Well known for the iconic role of Whitley Gilbert on the 1990s hit television series A Different World, Jasmine recently recurred in the 16th season of ABC’s Grey’s Anatomy. She stars in the short film Illegal Rose, which screened to wide acclaim at film festivals throughout the U.S. in 2019, and recently completed filming on Open, a new feature film from Nina Holiday. In 2017, Guy starred in the Oscar-nominated short film My Nephew Emmett.Jasmine Guy’s long list of television credits include Showtime’s Dead Like Me, HBO’s America Me, BET’s The Quad, the CW’s Vampire Diaries, NBC’s The Fresh Prince of Bel Air, and the CBS miniseries Queen and Stompin’ at the Savoy. Jasmine’s other film credits include October Baby, HBO’s short film Irreconcilable, Spike Lee’s School Daze, Eddie Murphy’s Harlem Nights and Diamond Men.Jasmine’s Broadway performances range from The Alvin Ailey Repertory Company to Grease (as Rizzo), to Leader of the Pack to The Wiz to Chicago (as Vema Kelly). On stage in Atlanta, she starred in the Alliance Theatre production of Pearl Cleage’s The Nacerima Society, Theatrical Outfit’s production of Sam Shepard’s Fool For Love (with Kenny Leon), and she has starred in Kenny Leon’s True Colors Theatre productions of Miss Evers’ Boys, Blues for an Alabama Sky and Broke-ology. She has directed productions of For Colored Girls Who Have Considered Suicide When the Rainbow is Enuf, Brownie Points, and the world premiere of the Martin Luther King, Jr. opera I Dream.Jasmine Guy is author of the book Evolution of a Revolutionary (Atria Books), about the life and times of Afeni Shakur, black activist and mother of slain rapper Tupac Shakur.As a vocalist, Jasmine has appeared on Broadway and in London in musicals and has toured the country in the one-woman show Raisin’ Came, with the Avery Sharpe Trio. Raisin’ Cane explores the literature, music and political climate of the Harlem Renaissance, the rich decade between World War I and the Great Depression.In the early 1990s, Jasmine’s debut self-titled album (Warner Bros. Records) crossed over musical genres with her hit songs “Try Me,” “Another Like My Lover” and “Just Wanna Hold You”.Jasmine continues to travel throughout the U.S., sharing her vast and diverse experiences with people from all walks of life. She speaks at colleges, universities, conventions and conferences, and leads workshops on diversity, acting and living out your dreams, your aspirations and your calling. 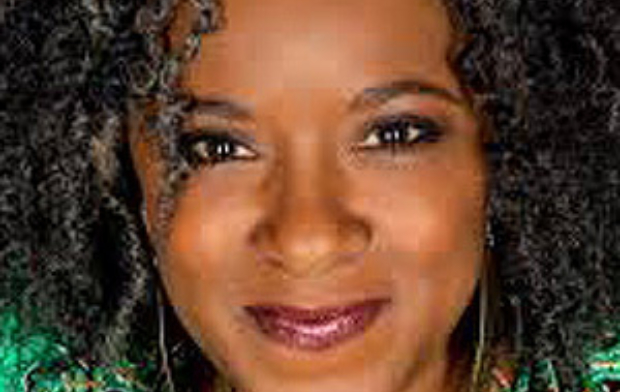 T’Keyah Crystal Keymáh is an accomplished performer, writer, producer, and director. She has performed across the US and on three continents and is best known for her work on TV’s In Living Color, Cosby, and That’s So Raven. Other credits include: Teen Titans; her acclaimed solo show, Some of My Best Friends; and the Moscow production of The Old Settler. A life long performer, Keymáh has appeared in twenty films and more than fifty theatrical productions. The Chicago native wrote and directed her first play in the third grade, and produced and directed her first theatrical shows open to the public while still in high school, and studied directing at Florida A&M and Florida State Universities, where she earned a B.S. in Theater. She also performed with four dance companies, and taught theater, dance and mime. Keymáh has since produced, directed and / or choreographed numerous theatrical projects, including three of her own stage shows, Margaret Laurena Kemp’s “Creative Instructions’” and Keisha Nickole’s “S.I.S.T.E.R.” She studied filmmaking and screenwriting, observed countless directors with whom she has worked, produced a comedy video short and two award winning independent films, and directed video clips for her stage show T'Keyah Live!, and an episode of her last television series, That’s So Raven. Keymáh’s solo show, “Don’t Get Me Started” debuted at The Black Academy of Arts & Letters in Dallas and she directed the world premiere of “Route 66: Finding Nat King Cole” at Amun Ra Theatre, and for the National Black Theatre Festival. She has lectured, coached, and / or presented her Tools of the Trade workshops at Florida A&M University, Chicago State University, Winston-Salem State University, the Atlanta Black Theatre Festival, the National Black Theatre Festival, the DC Black Theatre Festival, the Stage Aurora Theatre Festival, Amun Ra Theatre in Nashville, TN, VA Stage Company in Norfolk, VA, Capitol Hill Arts Workshop in Washington, DC, the Korea Improv Theater in Seoul, Korea, and independently in Chicago and Los Angeles. For her extensive body of work and philanthropic endeavors, she received an Honorary Doctor of Humane Letters degree from her Alma Mater, Florida A&M University. Dr. Keymáh’s numerous other honors include: NAACP Theatre Awards, The HistoryMakers®, The Chicago African American History Makers®, Who’s Who Among Black Americans, and the National Black College Alumni Hall of Fame. She is currently in production for her newest project, The Cool Crystal Show, which she writes, directs, produces, and which will air on her own platform, www.Keymah.com. She enjoys public speaking, especially to young audiences, and has active memberships with many charitable and civic organizations, currently serving as a Co-chair of Delta Sigma Theta Sorority, Inc.’s National Arts & Letters Commission. A vegetarian for more than twenty years, she is an activist for health equality, civil rights and the environment. Keymáh is also the author of the book version of her award winning theatrical show, Some of My Best Friends, the popular coffee table book, Natural Woman / Natural Hair, and her newest motivational book, Cycle of Love. For more information on T'Keyah Crystal Keymáh, visit www.tkeyah.com 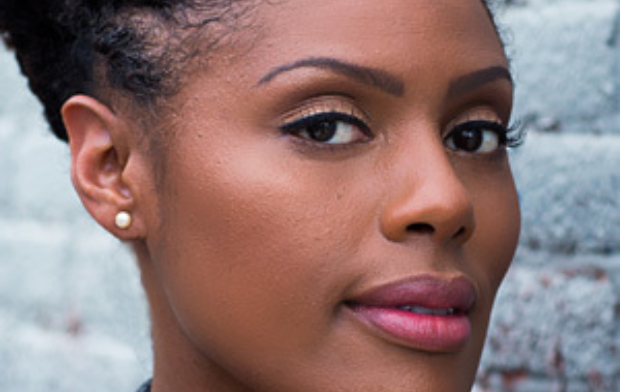 Nikkole Salter is an award winning actress, playwright, educator and arts advocate. For her work she has received the OBIE, a, Outer Critics Circle Award, a Global Tolerance Award from the Friends of the United Nations a Selfdes-Kanin fellowship from the Theatre Hall of Fame, and most recently a Lily Award for her contributions to the betterment of the theatre field. Her writing has been produced on 3 continents in 5 countries, and been published in 12 international publications and has been featured on the WNET program "Theatre Close-Up.” She is a graduate of Howard University and NYU. www.nikkolesalter.com 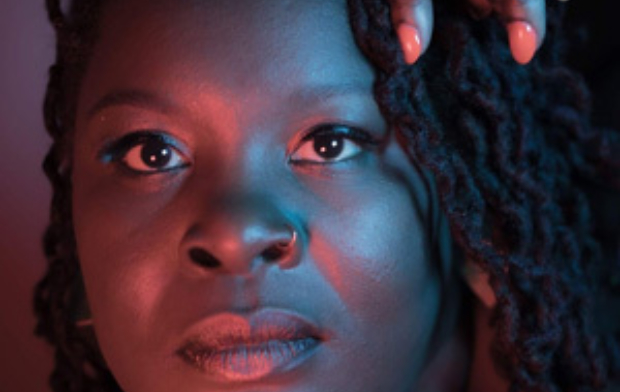 Ebony Noelle Golden is an artist, scholar, and culture strategist from Houston, TX and currently based in Harlem. She devises site-specific ceremonies, live art installations, creative collaborations, and arts experiments that explore and radically imagine viable strategies for collective black liberation. In 2020, Ebony launched Jupiter Performance Studio (JPS) which serves as a hub for the study of diasporic black performance traditions. JPS is integral to the development of a five-part theatrical ceremony that will be developed and produced over the next three years with partners in Harlem, Brooklyn, Durham, and Ashfield, Massachusetts. In 2009, Ebony founded Betty’s Daughter Arts Collaborative, a culture consultancy and arts accelerator, that devises systems, strategies, solutions for and with education, arts, culture, and community groups globally.Golden’s recent projects include: INTER/STELLAR (in collaboration with National Black Theater and NYU-Tisch School of the Arts), Jubilee 11213 (in partnership with Weeksville Heritage Center and generously supported by Creative Capital, Coalition of Theaters of Color, and Black Spatial Relics), free/conjure/black, and In The Name Of (commissioned by Apollo Theatre and generously supported by Double Edge Theatre, Toshi Reagon, Network of Ensemble Theatres and Hi-Arts). 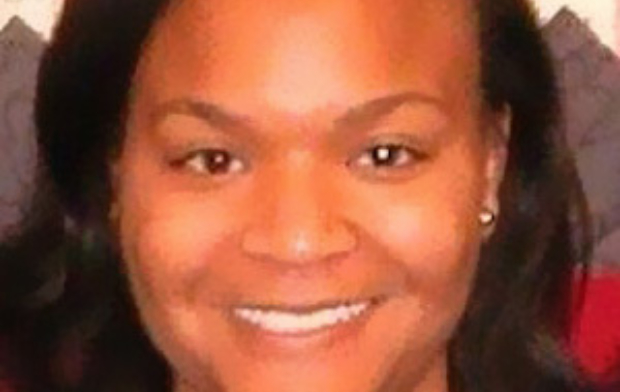 Jamila Ponton Bragg is a Producer committed to bringing stories of women, and particularly women of color, to life. Her work as a Producer is her second career as she spent nearly twenty years in nonprofit management focused on youth development, women and girls. A good friend, also a second career producer, shared her journey and Jamila was inspired to take the leap. Her mentor, Ron Simons, poured his knowledge as a Tony award winning producer into her and she was off. While her project, Blue (written by Charles Randolph Wright and directed by Phylicia Rashad) is on hold due to the pandemic, Jamila continues to learn and grow in the industry. Her current projects include working with Ntozake Shange’s trust to breathe renewed life into the author’s earlier works of fiction. Jamila started her journey in the arts through her work in nonprofit organizations. She started her nonprofit career with Public Allies in Washington, DC as a teen coordinator at Wilson Senior High School for the Young Women’s Project. After graduate school, she served as the Program Director at Girls Incorporated, an organization that inspires girls to be strong, smart and bold through direct service and advocacy. Mrs. Bragg lead the creation and implementation of after school programs focused on financial literacy and leadership development. Mrs. Bragg was also the Education Program Manager at Sesame Workshop and created and disseminated after school program materials to supplement The Electric Company, the Sesame Workshop show designed for emerging young readers. Most recently, Mrs. Bragg was a consultant for the Emma Bowen Foundation, an organization that places high school and college students into internships in the media industry. Jamila Ponton Bragg is a graduate of Duke University and Harvard Graduate School of Education. She resides in Harlem with her husband and their two children.

Join us for our BOLD Master Class!