The ‘E’ Online Entertainment Experience! Theater for Everyone Everywhere! is the extension of what would normally be the theatre’s in-house programming of stage readings and special projects including a virtual summer Young Performers Program for youth ages 6-17.

The Ensemble Theatre’s livestream and video on demand events will be presented on: 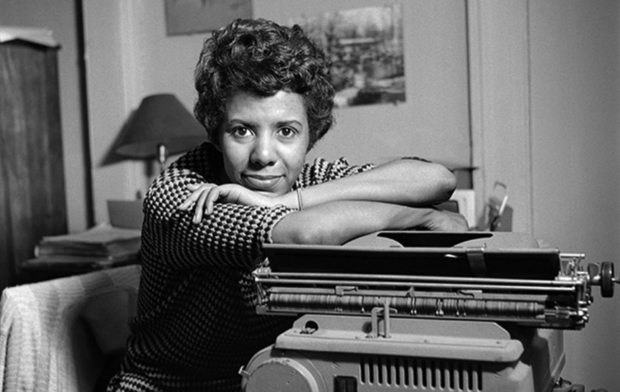 September 27-28, 2020, Join us right back here for a fascinating screening. Sighted Eyes/Feeling Heart is the first-ever feature documentary about Lorraine Hansberry, the visionary playwright who authored the groundbreaking A Raisin in the Sun. An overnight sensation, the play transformed the American theater and has long been considered a classic, yet the remarkable story of the playwright faded from view.

Greenwood: American Dream Destroyed examines the tragedy that took place on May 30-June 1, 1921 in the Greenwood District of Tulsa Oklahoma. In highly segregated Tulsa, Oklahoma, an African American community known as the “Negro Wall Street” grew and thrived. The Greenwood District boasted one of the most affluent African American communities in the country. Black citizens created entrepreneurial opportunities for themselves with a vibrant business district including banks, hotels, cafes, movie theaters, modern homes, and an excellent education system. Then disaster and devastation struck.

Tulsa police arrested a young black man on an unsubstantiated charge. An inflammatory report in the Tulsa Tribune the next day spurred a racial confrontation and the Greenwood District found itself looted and burned for over 24 hours by white mobs. Thirty-five city blocks lay in charred ruins, over 300 black residents were killed, 600 African American businesses burned to the ground, and thousands were left homeless.

Greenwood: American Dream Destroyed tells this powerful story from the perspective of three generations of the Boley family, a representative composite of an African American family that may have lived during that tragic and tumultuous time.

It’s spring semester and the students in Mr. Washington’s history class are taking notes to plot a revolution. Set in an urban high school filled with young people fed up with violence in their communities, NEVER AGAIN raises the voices of five student activists. At the height of school shootings plaguing schools across the nation, Mr. Washington’s students must confront issues of violence head on. When the need for activism comes too close for comfort, which students will emerge as activists, witnesses, victims or survivors?

For some, there’s nothing better than retirement, but when Eddie Lee’s wife, Iris, joins him in retirement, the truth about his “ladies man” ways resurface. To avoid her, Eddie retreats to the sanctuary of McDonald’s where coffee refills are free and the rest of his retired friends, with marital problems of their own, wait faithfully for him. When a mystery woman moves in the abandoned house down the street, with her Creole’ wiles, melt in your mouth coconut cake, and medicine cabinet secrets, Eddie is not the only one who pays her a visit; a visit that threatens to change all their lives forever.

ABOUT THE GREEN BOOK

The story takes place during a weekend when the Davis’ are celebrating the arrival of Dr. W. E. B. DuBois for a lecture. The appearance of a white visitor, who turns out to be a Jewish Holocaust survivor, sets off a chain of events that shows that racism and anti-Semitism cannot be ignored. This play integrates historical context of The Negro Motorist Green Book as it investigates the impact of Civil Rights on contemporary American issues.

Full Play Reading - Shakin The Mess out of Misery

SHAKIN THE MESS OUT OF MISERY

Shakin' the Mess Outta Misery is the story of a young black girl's coming of age in the South in the 1960s. Daughter, the main character and 25-year-old narrator whose mother died when she was very young, was raised by women in the community, some blood related, some not. When she was 12 years old she began her journey to womanhood guided by these very diverse, non-traditional, older black women. Daughter begins the play as an adult reflecting on the summer of her 12th year in the now empty house of her childhood. She shares with the audience how her Big Mamas prepared her for womanhood. As she remembers, the women enter to tell their stories and Daughter becomes a child again reliving her vivid memories of growing up--recalling the rituals, the faith healings, the stories she was told and the lessons she learned about survival, healing, deep faith and mystery. The Washington Post said Shakin' the Mess Outta Misery "...is a vivid portrait of the members of a tight knit community of African American women...heartfelt and definitely a memory play, but it goes about its business in unpredictable and emotionally satisfying ways...First and foremost is Youngblood's evocative language, which blends the poetic and the everyday into a potent stew of exclamations and descriptions, oaths and jive...Some [scenes] are funny, some melancholy, some deadly serious, but all burst with detail, eccentricity and truth."